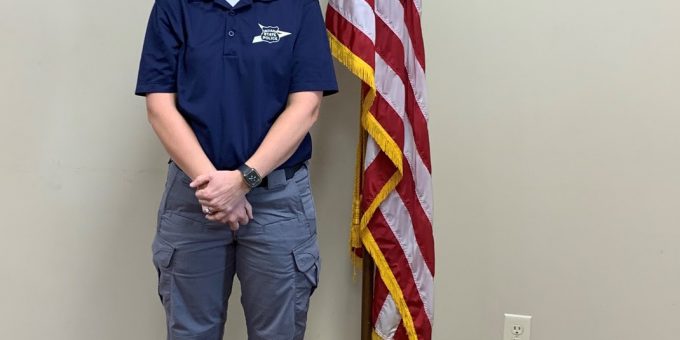 (UNDATED) – The Indiana State Police Internet Crimes Against Children Task Force has added a K-9 team to its unit with the graduation of Sergeant Ginger Marshall and her K-9 partner Titus this morning at the Buck Creek Township Community Center in Greenfield.

Marshall, a 12-year veteran, and Titus, a two-year-old English Labrador just completed two weeks of intense training in which the two built on the training that Titus had received in electronic detection before being paired with Marshall.

Titus started his service career in Michigan as a candidate for becoming an assistance dog.  He was then taken in and trained for upwards of five months by Jordan Detection K-9 in the field of electronic detection.

Funding for Titus’ training was donated by Neighborhood Electronic Detection K-9 Inc., an Indianapolis non-for-profit organization which has provided funding for the training of 10 similar dogs throughout the nation.