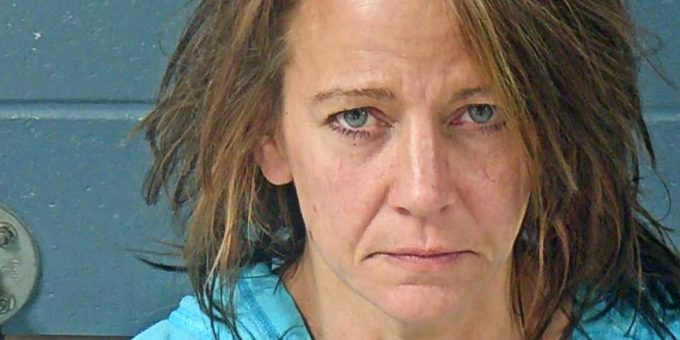 (MITCHELL) – A Hartford City woman was arrested Thursday after a Mitchell Police officer saw a suspicious vehicle at the Shell gas station.

According to a probable cause affidavit, Hayden exited the vehicle, then saw the officer turn his vehicle around. She then threw her purse back into her vehicle.

The officer watched from a distance for about 15 minutes. Hayden then left the station traveling southbound on 8th Street to the intersection of Curry Street.

Hayden stopped at the stop sign for about 30 seconds before she accelerated. The officer followed Hayden’s vehicle until it made a quick left turn into 60s Eastside gas station. The officer then activated his emergency lights and stopped the vehicle.

The officer said Hayden was nervous.

A K-9 alerted police there were possible drugs in the vehicle.

In Hayden’s purse officers found two glass smoking utensils and a small bag containing a white rocky powder like substance that field tested positive for meth and a single pill.

While searching the rear of the vehicle, officers located a cigarette pack with a green leafy like substance inside that tested positive for marijuana.

Hayden told police she didn’t know where the drugs came from.