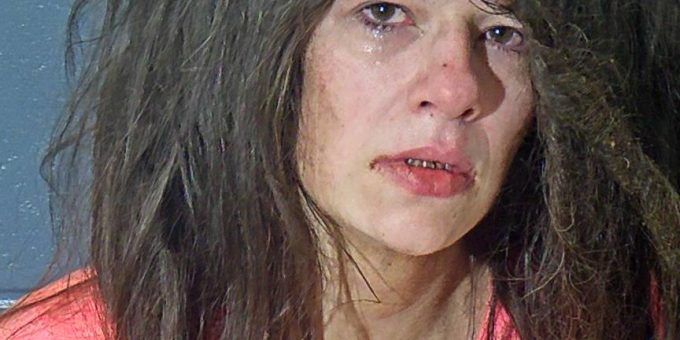 (BEDFORD) – A Bedford woman was arrested early Thursday morning after a Lawrence County Sheriff’s Department deputy was requested to a home in the 3040 block of Coveyville Road.

According to a probable cause affidavit, at just after midnight officer was called to the home after Young called police reporting a physical domestic fight with a male and he was trying to take their children.

When police arrived they could hear people arguing in the house.

Officers knocked on the door and an elderly woman answered the door. Officers could still hear arguing coming from the north side of the home and children saying the police are here.

The male told police he was sitting on the couple’s bed when his wife began pointing at him and pushing on his nose with her finger accusing him of sending her pornography.

The male told police he asked his wife several times to stop hitting him with her finger and yelling at him.

The man told police his wife then hit him in the side of the face. He admitted he grabbed his wife’s wrists and told her to stop. That is when she pulled her hands away and scratched him on the left side of the face and punched him in the mouth and continued to hit him. She then kicked him in his privates.

He then informed his wife he was taking the kids and leaving.

The male had scratch marks and blood on the left side of his cheek and below his right eye. He also had blood around his mouth and scratch marks on his chest and right arm and marks under his chin.

Police say Young was the aggressor in the attack and she was arrested.