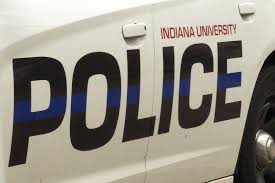 (BLOOMINGTON) – The Indiana University Police Department is investigating a reported rape that occurred on Oct. 6 in Memorial Hall.

According to police no suspect has been arrested.

The student told police they met the suspect on the dating app Tinder.

The two went to the student’s room in Memorial Hall, where the alleged rape occurred. Police say the suspect is not an IU student.