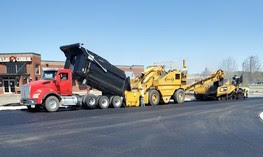 (INDIANAPOLIS) — Indiana will receive a total of $27.5 million in grants from the U.S. Department of Transportation for highway improvement projects in central Indiana.

A $22.5 million grant will be used to make improvements to Interstate 70 in Hancock County east of Indianapolis, Indiana’s congressional delegation announced last week. They include adding a third lane in each direction and repairs to pavement.

In the western Indianapolis suburb of Avon, a $5 million grant will be used to upgrade U.S. 36 with an additional travel lane in each direction, install infrastructure for non-motorized travel and make other changes.

The congressional delegation also requested funding for improvements to U.S. 31 in Franklin, but that project wasn’t approved.