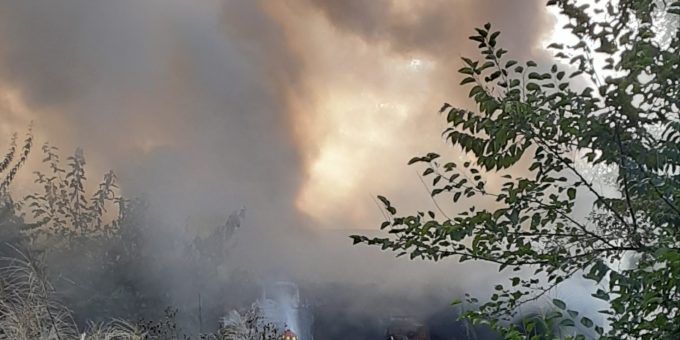 (BLOOMINGTON) – A Bloomington home was destroyed by fire Thursday evening.

Firefighters with the Bloomington Fire Department received the call at 6:08 p.m. The home was located in the 2300 block of Hickory Leaf Drive on Bloomington’s west side.

There was no one home at the time of the fire and no injuries were reported. Firefighters from Bloomington, Ellettsville, Monroe Fire Protection District, and Van Buren Fire Departments responded to the blaze.

Firefighters arrived to find heavy smoke and flames coming from the home of Stewart Eaton. Eaton has owned the home for several years.

The homeowner did not have water or gas connected to the home at the time of the fire and the home was not insured.

A water main broke south of the home while firefighters battled the fire. It took several hours for firefighters to extinguish the blaze.

The cause of the blaze is under investigation.