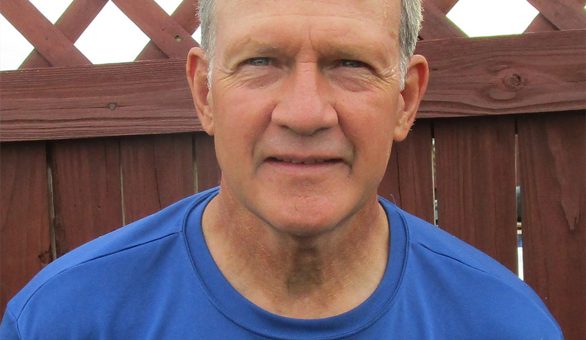 (MITCHELL) – Steve Backs, a wildlife research biologist with the Indiana Department of Natural Resources Division of Fish and Wildlife, is the 2020 recipient of the Chase S. Osborn Award.

“As I told Jim Eagleman and Dick Davis when they communicated to me their intent to nominate me, I was humbled to think some of my peers, in their retirement, thought enough to nominate me for the award, let alone the deep humble sense I feel in receiving such an award,” Backs said. “Much of the credit goes to the many great mentors I had at FNR during my time there (Drs. Kirkpatrick, Allen, Mumford, Weeks, Parker, Merritt, to name just a few), some from my graduate school days, and the many co-workers and professional peers around the country who all unknowingly provided me valuable opportunities to glean knowledge from their careers and experiences, and to a family willing to accept the ‘costs’ of my vocation.”

During his career with the Indiana DNR, Backs has acted as the project leader working with ruffed grouse and wild turkey populations as well with the state Wild Pig Elimination Project. In a separate role, as Furbearer and Farmland Wildlife Research project leader, he monitored populations of Northern bobwhite quail, American woodcock, raccoons, and coyotes and developed necessary responses for the DNR.

Backs began his career with the Indiana DNR in 1974, working as a biologist aide in a seasonal capacity for three years while completing his undergraduate degree in wildlife science at Purdue (1976). He went on to become a wildlife research biologist on the bobwhite quail project, a position he held for two years after finishing his master’s degree at Vermont in the spring of 1979.

In his nomination of Backs, Jim Eagleman, retired DNR naturalist and natural resources consultant, had this to say about his former colleague.

“In his 40+ year career in conservation, I can’t think of a more devoted advocate for Indiana land conservation and management. It’s on healthy lands that species exploit and flourish. As a land manager, he has seen this first hand and it is what continues to excite him. Often a target for preservationists, undeterred, he has always been motivated by what is best for the resource.”

In addition to his work with the DNR, Backs has acted as a manuscript and publications reviewer for a variety of national organizations and has been a part of more than 40 technical publications and reports of his own.
He also has been a part of the steering committee for the Woodland Wildlife Stewardship Workshops put on Purdue Extension, and also for the National Wild Turkey Symposiums. Backs is active in the Midwest Deer and Wild Turkey study group, the Ruffed Grouse Southern Range research and study group, the Midwest Feral Swine committee, the National Wild Pig Task Force, and with the Indiana Academy of Science and The Wildlife Society among others.

The Osborn Award is far from the first honor for Backs. Most recently, he received the Indiana Chapter of The Wildlife Society’s lifetime achievement award, the Hoosier Wildlife Award, in 2013. He earned the Wayne Bailey Lifetime Achievement Award from the National Wild Turkey Federation in 2010. He also has been honored by the Hoosier National Forest, the Thornton Memorial Boys and Girls Club, and Shikar Sifari International over the course of his career with awards ranging from Making Tracks Partnership Award to Outstanding Adult Volunteer to Wildlife Officer of the Year.

In his spare time, Backs has volunteered in the community through the Thornton Memorial Boys Club in Bedford, Indiana; the United Way of Lawrence County, and as an umpire/official with the Indiana High School Athletic Association and for Little League state district tournaments.

The Osborn Award was established in 1953 by former Purdue president Edward Elliott, a lifelong friend of Osborn. The recipient typically would have been honored at the FNR spring awards banquet. With COVID-19 canceling the 2020 banquet, Backs will be recognized at the 2021 banquet.
Backs’ honor follows that of Susan Ulrich in 2019.

A full list of Osborn Award honorees is below.