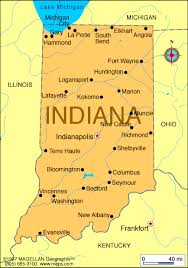 (UNDATED) – The Indiana Business Research Center recently released two tools based on new data releases from the U.S. Census Bureau. Available on StatsIndiana, the portal to statistics for Indiana, researchers can visit the City and Town Population Change Dashboard, where they can explore population change throughout the decade based on population estimates released in May.

Population change by year from 2010-19 is available for all place names in Indiana. Discover how a city or town’s population has gone up or down since 2010, which was the date of the last census.

Also new from IBRC and the Indiana Department of Workforce Development is the Workforce Economy Dashboard, available on Hoosiers by the Numbers.

See how Indiana measures up to other states by a number of indicators: unemployment rate, job market, and building permit data. In the details, see how these indicators performed over a 20-year span across the country.