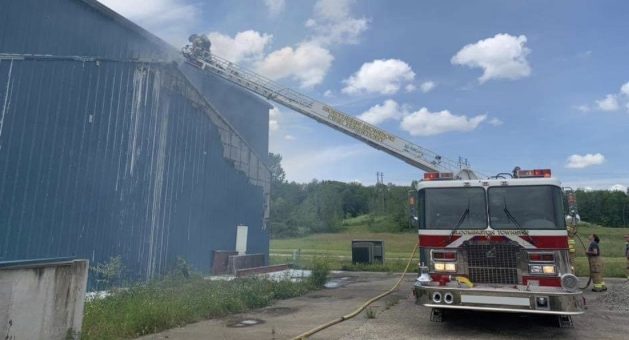 Firefighters arrived to find light smoke and fire coming from a large storage building on the property.

Firefighters discovered the fire in a void area between two sheet metal walls.

A ladder truck was requested to help firefighters reach the top of the outside wall where the fire was burning.

A thermal imaging camera was used to help locate the fires trapped between the walls.

Firefighters were able to remove pieces of metal with cutting saws and pry bars to get to the fire and quickly extinguish it.

No injuries were reported. Because of the heat, firefighters rotated in and out of service to keep from overheating.

The cause of the fire is unknown at this time.