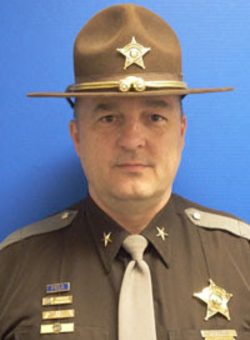 Lawrence County Sheriff Mike Branham; Brian Roth, a veteran who is trying to get enough signatures to run for Indiana Governor; and Tamera Suzanne, a former Columbus Indiana Police Officer as well as firearms instructor will be speaking.

The Rally will begin around noon at the Lady Liberty statue at the Lawrence County Courthouse. The pledge of Allegiance will be recited, public speakers will then make their comments.

“The reason for the rally is to show the government we are serious about protecting our constitutional rights and to encourage our local leaders to protect both the Indiana and United States Constitution. We are hoping the Lawrence County Commissioners pass an ordinance to affirm this position,” said Tim Morrow of Springville, one of the organizers of the event.

In Indiana, 21 counties have enacted or are trying to enact such protections. In Bartholomew County, those efforts have failed.

Local organizers are hoping for a great turnout.

The Martin County 2A was formed in reaction to the recent gun owner rights issues that were happening in the State of Virginia. The measure in Virginia fell last week. The effort was started by Greg Hamilton of Loogootee and he enlisted the help of fellow Martin County residents to get the 2A Amendment status enacted.

The speakers at the Martin County event included Paul McFeaters who explained to the attendees what the 2A Sanctuary is. He went on to describe his service overseas with the United States Military, as well as experience at the recent Virginia Gun rallies.

Petitions to have Lawrence County classified as a 2A Sanctuary County are located in the following locations:

The Second Amendment of the United States Constitution reads: “A well regulated Militia, being necessary to the security of a free State, the right of the people to keep and bear Arms, shall not be infringed.” Such language has created considerable debate regarding the Amendment’s intended scope. On the one hand, some believe that the Amendment’s phrase “the right of the people to keep and bear Arms” creates an individual constitutional right for citizens of the United States. Under this “individual right theory,” the United States Constitution restricts legislative bodies from prohibiting firearm possession, or at the very least, the Amendment renders prohibitory and restrictive regulation presumptively unconstitutional. On the other hand, some scholars point to the prefatory language “a well regulated Militia” to argue that the Framers intended only to restrict Congress from legislating away a state’s right to self-defense. Scholars have come to call this theory “the collective rights theory.” A collective rights theory of the Second Amendment asserts that citizens do not have an individual right to possess guns and that local, state, and federal legislative bodies, therefore possess the authority to regulate firearms without implicating a constitutional right.