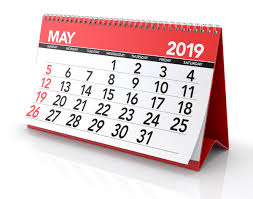 (BEDFORD) – In May 2019, a 12-year-old boy was abused and starved to death, a Lawrence County Judge left the bench and a new one replaced her, a firefighter was honored for serving more than 50 years, a murder was convicted, and a fire chief retired and a new one was appointed.

Twelve-year-old Eduardo Posso was chained, beaten, and shocked with an electric dog collar, then left alone in the bathroom of a Bloomington, motel room for weeks.

Both are being held without bond in the Monroe County Correctional Center. The Monroe County Prosecutor Office filed a Notice of Intent to seek life imprisonment without parole. A Jury trial is set for February 18, 2020, in Monroe Circuit Court 3.

Flores and Posso worked as independent contractors for a circus and passed out event flyers for a living. They traveled to different cities and states for work. They were at an Economy Inn in Bloomington when they allegedly forced Eduardo into a bathtub with leg cuffs, shackles, and a shock collar on.

Nikirik will serve in Judge McCord’s place. Nikirk remained on the bench after Governor Eric Holcomb appointed him to assumes the office.

Judge Andrea McCord resigned on May 20th, after the Indiana Supreme Court appointed her to a 14-year term as a bankruptcy judge for the district court, succeeding retiring Judge Basil H. Lorch III.

On a Saturday afternoon in May 2019 family, friends, local and state leaders honored Robert Barber after serving more than 50 years of dedicated service as a volunteer firefighter.

Out of more than 50 decades in the volunteer fire service, more than 26 years of his career has been spent serving on the Shawswick Volunteer Fire Department.

Barber, 75, and his wife Darlynn and have a son Douglas. His family has shared his experiences as he responded to calls, training meetings, business meetings, and other responsibilities.

“This is an occupation you live, breathe and feel,” Barber says.

Indiana District 44 Senator Eric Koch presented him a plaque for his 50 years of dedication to the community.

After five days of testimony, a Dubois County jury found Kyle Schneider guilty of stabbing to death 23-year-old Chloie Lubbehusen on January 11 at a home near St. Anthony.

Schneider also pleaded guilty to a habitual offender enhancement due to previous felony burglary and domestic battery convictions on his record.

On June 12, 2019, 27-year-old Schneider, of Huntingburg, was sentenced to 65 years for murder, coupled with the maximum 20-year enhancement for being found to be a habitual offender.

On Feb. 11, Dubois County deputies responded at 8:26 a.m. after neighbors found Lubbehusen bleeding from the face on the porch. She was rushed by ambulance to Memorial Hospital and Health Care Center, where she died from her injuries. The coroner says she bled to death.

Deputies found a bloody knife in the living room of the home. They found Schneider naked except for a pair of socks, in a neighbor’s garage lying on the floor with blood on his hands. Deputies say Schneider seemed agitated, angry and very disoriented.

Schneider told the police, he and Lubbehusen had an altercation but could not remember anything else other then he stabbed Lubbehusen multiple times. He did not have an explanation for his actions.

In May Bedford Fire Chief Jon Wanger announced his retirement and DeWayne Turpen was appointed the new fire chief.

Chief Wagner had been a member of the Bedford Fire Department for over 40 years and served as the fire chief for the last nine years.

Turpen began his career at the Bedford Fire Department in 1988 where he started as a probationary firefighter in fire suppression and rescue. He was later promoted to lieutenant and then captain before he assumed the role as the local fire inspector and as acting chief, during times Chief Wanger was away from the fire station.

DeWayne resides in Bedford with his wife Sarah and three children Derek, Garrett, and Colin. His swearing-in ceremony was on Friday, June 7, 2019. at the Bedford Fire Department Headquarters.