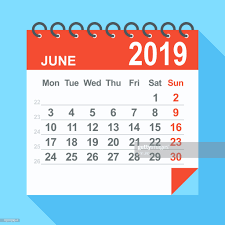 (UNDATED) – In June 2019, a Bedford man was arrested on attempted murder charges, an F-2 tornado hit Greene County and a Norman man was sentenced to 80 years on child molestation charges.

A Bedford man was arrested on charges of attempted murder after he stabbed his godfather while he slept.

According to Sheriff Mike Branham, deputies were called to a home at 360 Sasser Drive at 4:49 a.m. after Burke’s mother called the police saying her son had stabbed his godfather Steve Lualdi while he slept.

“He was then transported to a local hospital for medical and mental evaluations,” says Sheriff Branham. “He was there for more than 20 hours and then brought to the jail.”

“There were no issues between the two,” Sheriff Branham added. “The two had been sleeping in the same room. Mr. Lualdi woke to Mr. Burke stabbing him.”

The tornado hit near Crowe Road off Indiana 54 past near the Ridgeport Community and traveled east to Lawrence Hollow Estates.

National Weather Service reports it was an F-2 tornado with winds between 120 to 130 mph.

Center Jackson Fire Territory posted on Facebook that approximately 76 welfare checks were made to residences’ homes damaged in the path of the tornado.

Officials say three homes were destroyed and around 900 residents are currently without power.

There were reports of a gas leak, a car fire, and numerous power lines down.

A Norman man received an 80-year prison sentence in June on three counts of child molesting.

During a police interview, Bellamy denied having any sexual contact or inappropriate interactions with the child but refused to provide a DNA sample or undergo a lie detector test.