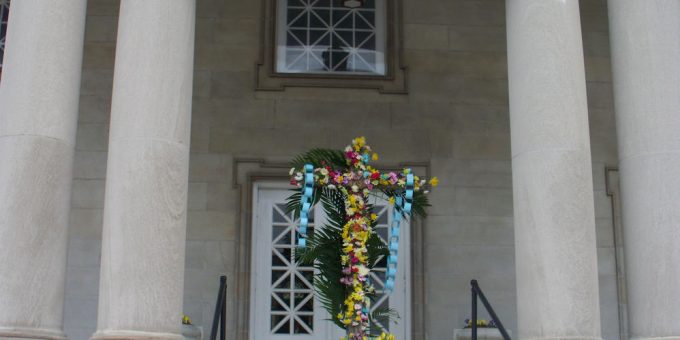 A crew of seven men performed several tasks at the church.  They worked inside painting the kitchen, the radiators, and the hallways.  They also worked outside painting the parking lot, removing weeds from the prayer garden, reseeding the lawn and pressure washing the stairs and building.  The church was very pleased with the work completed.

A second crew of six men returned to the church to complete a few additional tasks.  They laid down rock and landscaping stones.  They painted the front door and the handrails.

A few of the workers also assisted with removing old chairs and books from the church to free up space.

The church representatives said that the men were a pleasure to be around.

Warden Brown stated, “I’m thankful that our offenders were able to lighten the load on the church.  Keeping up with the demands of an aging building would not be easy.”