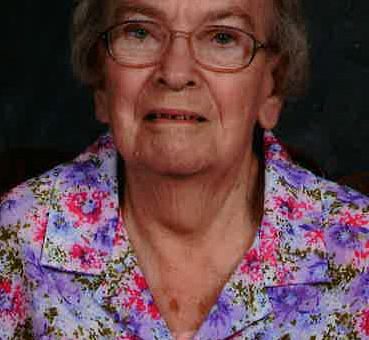 Born May 22, 1926, in Mitchell, she was the daughter of George W. and Nellie (Love) Bush.  She married Kenneth E. Pruett on September 27, 1947, and he preceded her in death on March 26, 1988. Marcia was a homemaker and enjoyed taking care of her grandbabies.    She was a member of Jacob Finger United Methodist Church and United Methodist Women.  Marcia was a 1944 graduate of Mitchell High School.

Funeral service will be at 3 p.m. Saturday, December 7th, in the Memorial Chapel of Chastain Funeral Home & Cremation Center with Pastor Kevin Andry officiating.  Burial will be in Mitchell Cemetery. The family will receive friends from Noon until the service on Saturday at the funeral home.