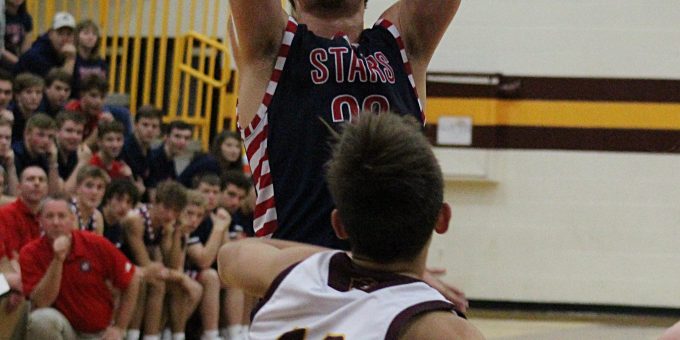 BEDFORD – The light, brighter now than ever before, at the end of the tunnel is the inevitable retirement for Bloomington South coaching legend J.R. Holmes. Time is the opponent nobody can beat, not even the man with the most wins in Indiana high school basketball history.

After 50 years – think about it, Holmes has lasted longer in a ruthless profession than 93 percent of marriages – on the sideline, Holmes has nothing to prove. Two state championships, 812 career victories, Hall of Fame induction. All-Star coach. National Coach of the Year. Checked them all off.

Yet he’s still here, almost ageless. From his 1970 debut at Tunnelton, just a 23-year-old buck barely older than his players, after 1,151 games, Holmes will return to BNL Fieldhouse on Friday night. This annual battle with Bedford North Lawrence used to drive him crazy with anxiety. After 15 straight wins in the series, probably not so much.

South, 2-0 and ranked No.3 in Class 4A, features two Division I recruits, including a Mr. Basketball candidate. The Panthers won their first two by an average of 39.5 points. The Stars (0-1) face a daunting task in their home opener.

From the BNL perspective, the first issue is fixing the flaws from the debut loss at Bloomington North. The Stars got off to a outstanding start before a third-quarter breakdown. Six turnovers during North’s 17-3 run have been addressed.

“We had too many live-ball turnovers,” BNL coach Jeff Hein said. “When you’re turning it over, they’re able to get in transition. That’s where North was able to get some points, and South does the same thing – except better. So we have to handle the basketball better.”

Second issue is scoring. Brayton Bailey had 19 points (and 10 rebounds) while Kooper Staley added 13 and Trey Mollet totaled 10. But BNL shot only 37.5 percent and needed another option. Add in the fact Staley has been battling illness, so freshman Colten Leach will start in his place. Welcome to the big time, kid.

“At our scrimmage, that was the night I said our offense was ahead of our defense,” Hein said. “It’s kind of flip-flopped now. Our offense needs to get going. We still have some things to work on, a lot of standing on offense and too many turnovers.”

South has not had those problems. Not yet, anyway. Last year at this time, when the Panthers were 0-2, they had hit 3 of 27 treys. Now they’re 21 of 41 from long range after two triumphs.

Senior point guard Noah Jager might be the key to everything for South. At least that’s what Hein thinks of the point guard who’s signed with Army.

“I really like Leal, obviously everyone does,” Hein said. “But I think Jager is their guy. He gets them going. He plays so hard, he’s fearless, he dives on the floor, he runs their offense. And Hickman is having a heck of a year.”

Last year, Leal scored 25 points as South posted a 75-66 victory. South stormed to a 19-point lead in the second half before the Stars made a spirited run within 60-56 with 4:20 left. It came up short when Bailey fouled out a minute later.

That was win No.787 for Holmes. Later in the season, he would break Jack Butcher’s record with No.807. Back then, that’s all everyone asked about. Now the questions are boiled down to a couple. Is South good enough to contend for a title, and is this it for Holmes?

“I’m glad to get that out of the way,” Holmes said of the record. “Everyone was always talking about it. Now no one mentions it, which is great.

“We have some good players, and we did play well both games. There are two or three things we’re concerned with, which is rebounding well, our defense has been good, and we’re worried about having enough basketballs to keep everyone happy.”

That’s the first answer. The second?

“Come March, I will make a decision,” Holmes said. “It might be week to week, or month to month, or I could go four or five more years.”

Wait, there’s a third question. Can BNL end this skid? South will play 7 of its next 8 games on the road, and that’s always a concern – even for the guy who has won 7 in a row on Damon Bailey Court.

“It’s always an experience,” Holmes said. “You have to weather the storms. We’ll see how we react.”

Last meeting: Last year at South, Anthony Leal scored 25 points as the Panthers prevailed 75-66 for their 15th straight win in the series. Jathan Ritter had 20 points for the Stars.

Game notes: South coach J.R. Holmes, a Lawrence County native, owns the state record for career coaching victories with 812. Holmes graduated from Needmore in 1965. BNL’s last win in the series was a 64-62 victory during the 2003-04 season.