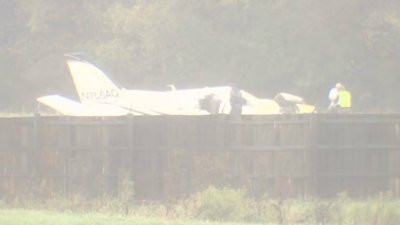 (LANSING, Mich.) – Three people are dead and three others are seriously injured after a small plane from Indianapolis crashed at an airport in Lansing, Michigan.

The plane left Indianapolis this morning around 8 a.m., and the crash occurred just before 9 a.m. at Capital Region International Airport.

Spencer Flynn, an airport spokesperson, said a small non-commercial airplane with six people (a pilot, a co-pilot, and four passengers) was approaching the airport from the west. The pilot was trying to land the plane when it crashed.

Flynn said the aircraft appears to be mostly intact after an apparent “hard landing.”

Three people died and three others were critically injured.

Flynn said the crash took place 125 yards off Airport Road, so technically it did not occur on airport property.

The identities of those on board are unknown at this time.