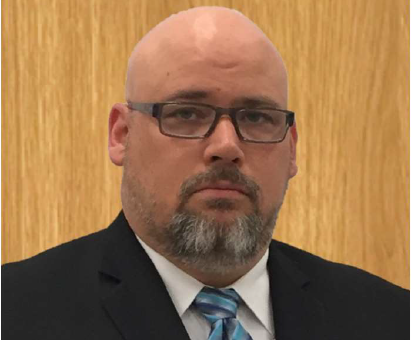 (INDIANAPOLIS) – The Indiana Department of Correction is pleased to announce Mitch Donick will assume the duties as Deputy Director of Operations for the Parole Services Division.

Donick has over 20 years of experience in law enforcement, corrections, and protective services. He began his career in corrections in 2003 as a correctional officer at Putnamville Correctional Facility. Following his time at Putnamville, he worked at Reception Diagnostic Center and Plainfield Correctional Facility as a correctional officer and correctional sergeant. In 2013 he became a parole agent at the Bloomington Parole District. Over the past six years, Donick has worked in four different districts serving as a parole agent, Regional Assistant District Supervisor, and District Supervisor.

“Mitch has an incredible amount of dedication and experience in the Department,” stated Parole Services Director Troy Keith. “I’m thankful to have him in this critical public safety role.”

Donick is a 2014 Graduate of the Department’s Experienced and Emerging Leaders Program and has received a Bachelor’s of Science degree in Criminal Justice from Madonna University. Prior to joining the Department, Donick served his country in the United States Air Force for eight years.