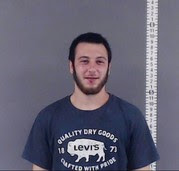 (WASHINGTON CO.) – A Salem teen was arrested Tuesday after sexual misconduct with a minor and is now facing additional charges.

This afternoon, 19-year-old Daniel Terrell Caleb Noonan was charged with nine additional counts of sexual misconduct with a minor. Each charge is a separate Level 5 felony, bringing the total to 10 counts.

According to Indiana State Police, Detective Travis Baker was contacted by the Department of Child Services about a possible inappropriate or illegal conduct involving a minor that occurred between Noonan and a younger female.

Detective Baker met with and interviewed Noonan, of Mill Street in Salem, and as a result of that interview and investigation, Noonan was arrested on a charge of sexual misconduct with a minor, a Level 5 felony.

Noonan is being held in the Washington County Jail.

Detective Baker was assisted by the Indiana Department of Child Services.