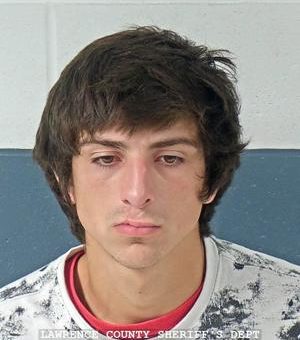 (JUDAH) – A Mitchell man was arrested Friday after police found more than 34 grams of Psilocybin mushrooms in his truck during a traffic stop.

According to a Lawrence Superior Court 1 probable cause affidavit, Highway Interdiction Team officer Shaun Cabral and Lawrence County Prosecutor Investigator Greg Hagan were traveling along State Road 37, near Old State Road 37, when they noticed a red Chevrolet truck with no working taillights. The driver also made an abrupt lane change without signaling. They then changed lanes again and veered into the median.

Haley didn’t have a driver’s license or registration for the truck.

Police then learned the pickup was stolen from Bedford on Aug. 25.