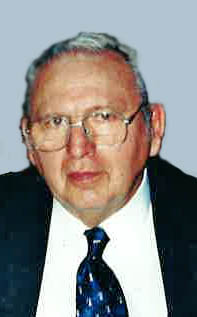 Carl retired from Carpenter Body Works and was also a retired minister.  He was a member of Spice Valley Baptist Church and Masonic Lodge No. 432 F&A.M.  Carl enjoyed traveling and camping.  He was a U. S. Army veteran of World War II and a member of American Legion Post No. 250.

His parents and son, John Lee Brown, preceded him in death.

Funeral service will be at 2 p.m. Sunday, September 8, at Spice Valley Baptist Church with Kenny Dalton and Skip Matthews officiating. Burial will be in Spice Valley Cemetery with military honors accorded by American Legion Post No. 250 and Veterans of Foreign Wars Post No. 9107. The family will receive friends from 3 p.m. until 7 p.m. Saturday at Chastain Funeral Home & Cremation Center, and from 1 p.m. until the service on Sunday at the church.

Condolences may be sent to the family to www.chastainfuneralhome.com