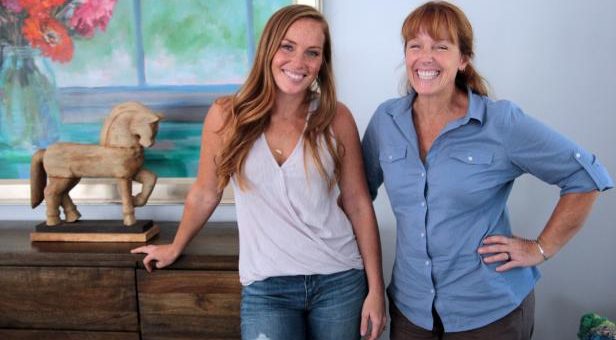 “Ivy Tech’s Gayle & Bill Cook Center for Entrepreneurship has a mission to develop and implement practical tools and resources for students and to engage the community to foster entrepreneurship in the region. This annual event supports those efforts,” said Steve Bryant, executive director of the Cook Center.

“Obviously, Karen and Mina have run small businesses and have garnered media success because of it. They have plenty of experience to share with the community and with Ivy Tech students.”

Midwestern, mother-daughter duo Laine and Starsiak rehabilitated their first house in Indianapolis, Ind. in the late 2000s as “Two Chicks and a Hammer” and eventually attracted the attention of HGTV. Laine and Starsiak are now stars of HGTVs hit home-renovation show, “Good Bones.”

Now in its fourth season, “Good Bones,” garners 13 million viewers making it one of the network’s breakout hits. In “Good Bones,” the pair hunt down battered homes in bleaker Indianapolis neighborhoods, transforming them with an average budget of $180,000. Laine and Starsiak are currently working on a few other shows for the network including the Brady Bunch House renovation series due to air later in 2019. The pair are working on their first book.

Individual tickets are $100. Sponsorship spots are available at $1,000 for table, $2,000 for presenting, and $3,500 for signature. Proceeds support programming at Ivy Tech’s Cook Center for Entrepreneurship. Portions of tickets and sponsorships are tax-deductible.