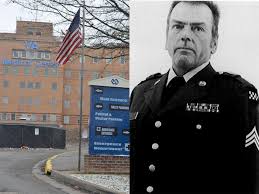 (CLARKSBURG, W.Va.) — The death of a Vietnam veteran from Pennsylvania is now the subject of a wrongful death lawsuit in West Virginia.

The claim, filed in court last week, calls McDermott’s death a homicide. The claim also alleges that nine or 10 other patients died at the VA under similar circumstances. The claim also states that employees never told McDermott’s family how he died. He was buried four days later.

According to the obituary for McDermott, he lived in Westmoreland County and was born in Braddock before serving in the Army and the Pennsylvania Army National Guard. He is survived by two children, seven grandchildren and seven great-grandchildren.