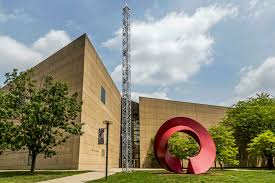 (BLOOMINGTON) — Indiana University is preparing for the reopening of its Bloomington campus art museum this fall following a $30 million renovation.

The current building for the Sidney and Lois Eskenazi Museum of Art opened in 1982 and was closed in May 2017 for the renovation project, which included extensive updates to the building’s infrastructure and adding centers for education, conservation and curatorial studies.

University officials say a $15 million donation from the Eskenazis toward the project was the largest cash gift in the museum’s history. The museum’s collection included more than 45,000 objects.

The museum is scheduled to reopen to the public on Nov. 7.