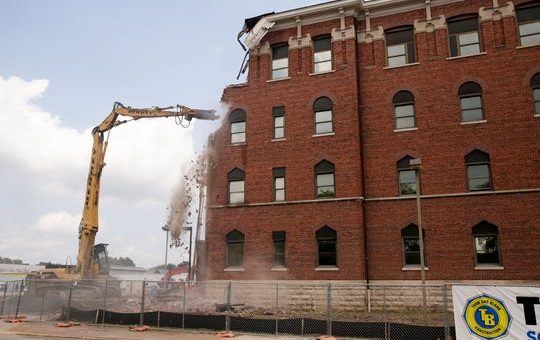 An excavator started pulling apart the former St. Elizabeth Hospital on Monday by demolishing bricks in a corner of the Lafayette building’s north wing.

The Journal & Courier reports that the work began more than three months after Franciscan Health Services obtained a demolition permit. Historic preservationists and city officials objected to the demolition of the brick-and-limestone building, which was built in 1885 and 1921 in Gothic and Neoclassical styles.

But the work began after a 60-day demolition hold ordered by Lafayette officials passed without any potential developers coming forward.

The nearby former St. Elizabeth School of Nursing is also set to come down, later this year or in 2020.