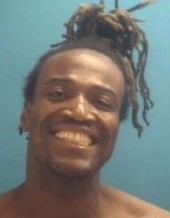 (COLUMBUS) – Seven children escaped from a Columbus home during a SWAT Team three-hour standoff with an armed man early this morning.

The Columbus Police Department responded to a home around 5 a.m. in the 1000 block of Iowa Street. Residents told police a man with a knife broke into the home, and seven children were inside.

Four of the children successfully escaped on their own, but three children remained inside with 35-year-old Tyrrice Degraffenreid. He told police he was the father of two of the young children still inside the home.

Officers say there was a protective order was in place prohibiting Degraffenreid from being at the residence.

Officials attempted to get Degraffenreid to surrender, but he refused to exit the home.

SWAT Team officers entered the home, and they escorted the remaining three children out to safety.

Degraffenreid was found hiding in a bedroom by a Columbus Police Department K-9.

Degraffenreid was arrested on charges of residential entry and violation of a protective order and invasion of privacy.