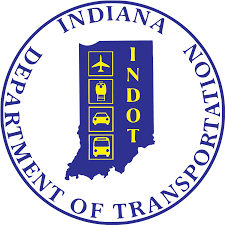 While the STIP lists federally funded projects within a four year period, it also includes a listing of projects under an additional fifth year, however projects listed under this additional year, are not funded projects, but rather are included for informational and future planning purposes.

Periodically, changes are made to a project’s scope, cost and/or year of proposed construction.  When these changes occur, they are evaluated to determine if the change requires an amendment or an administrative modification to the STIP.

The STIP must be fiscally constrained.  Only projects for which construction and operating funds can reasonably be expected to be available are included.  If a project is not included in a STIP, it is not eligible to receive federal funding.  As modifications and amendments occur, the fiscal constraint must be maintained.

INDOT welcomes public input regarding draft amendments to the FY 2020 thru 2024 STIP.  The draft amendments are posted to a public comment web page https://www.in.gov/indot/3132.htm for a minimum period of 7 days (may be extended in some cases).  The public is encouraged to review draft amendments and offer comment.

Generally, draft amendments are posted monthly and typically during the 3rd week of each month.  Draft amendments may be reviewed by visiting https://www.in.gov/indot/3132.htm.