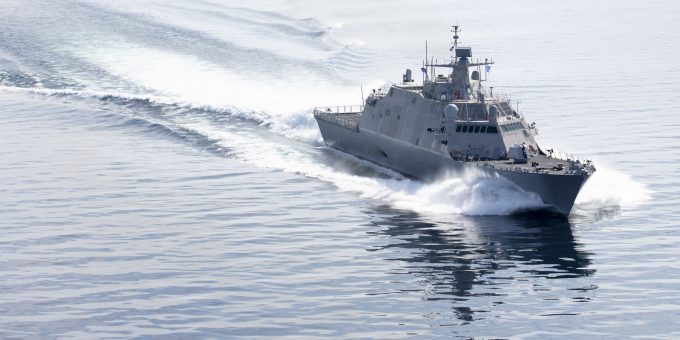 (PORTAGE) – Before the new USS Indianapolis can be launched, it must be commissioned. That will happen in Indiana.

The Port of Indiana – Burns Harbor on Lake Michigan will host the ship’s commissioning ceremony on Oct. 26, 2019.

The USS Indianapolis (LC-17) is a Freedom-class littoral combat ship designed for warfare in areas close to shore. The LCS can be used in various roles, including anti-submarine warfare, intelligence, surveillance and reconnaissance, and minesweeping.

The USS Indianapolis is the fourth US Navy vessel since World War I to bear the name of Indiana’s capital city.

“It is a great honor to celebrate and commemorate the lives of all who have served on the first three Indianapolis ships,” Governor Eric Holcomb said. “The USS Indianapolis will be a proud representation of the spirit of service embodied in the lives those of us who have called Indiana and Indianapolis our home.”

Anyone interested in attending the ceremony can visit ussindianapolislcs17.org for more information.