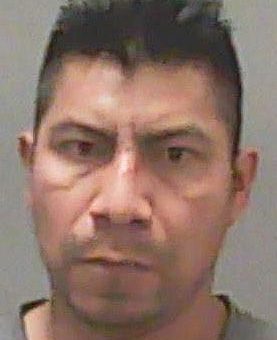 (NEWTON COUNTY) – A man accused of abusing cows at Fair Oaks Farms was released from jail in Newton County.

Edgar Gardozo-Vazquez had his bond reduced and was released on Wednesday.

WLFI-TV reports the judge agreed to reduce his bond after his partner took the stand and testified for him, saying, “He’s not doing anything wrong. I know he’s innocent.”

She also promised that Gardozo-Vazquez would be at all of his future court appearances.

Gardozo-Vazquez is one of the former Fair Oaks Farms employees caught on video beating, kicking, and torturing cows.

He is charged with animal cruelty and torturing or mutilating a vertebrate animal.

The other two men in the video, Santiago Ruvalcaba Contreros and Miguel Angel Navarro Serrano, are still at large.