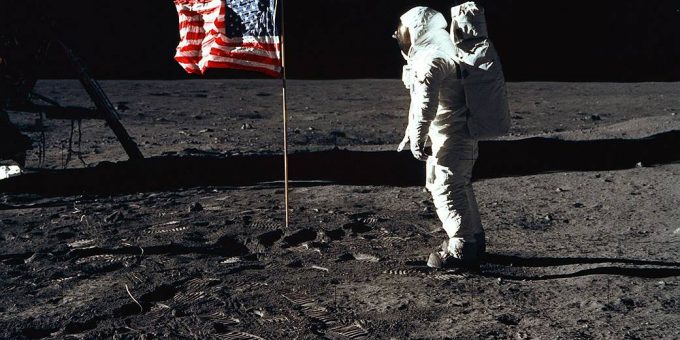 (BLOOMINGTON) – To mark the 50th anniversary of the Apollo 11 moon mission and humanity’s first steps on the moon, which took place on July 20, 1969, Indiana University Bloomington will host public talks and film screenings on July 15 and July 19, 2019.

The films include a 2000 film starring Sam Neill and Patrick Warburton about the role of Australia’s Parkes Observatory in the Apollo 11 moon missions and a 2019 documentary about the mission comprised solely of archival footage from the time, including previously unreleased material.

The events will occur at the IU Bloomington campus and Monroe County Public Library. The campus sessions will also feature two 15-minute public talks related to the moon and the Apollo 11 mission. Library events are screenings only.

The talks accompanying the free campus screening are “Math and the Moon Landing: the three-body problem,” delivered by Kevin M. Pilgrim, a professor in the IU Bloomington College of Arts and Sciences’ Department of Mathematics and “Indiana University Research with Moon Rocks” delivered by Abhijit Basu, a professor in the College’s Department of Earth and Atmospheric Sciences.

The talks accompanying the free campus screening are “Math and the Moon Landing: the three-body problem,” delivered by Shouhong Wang a professor in the College’s Department of Mathematics and a different talk from Basu titled “Moon Rocks and the Origin of the Moon”.

All events will also include brief introductory remarks from Constantine Deliyannis of the College’s Department of Astronomy, as well as a question and answer session. The library events will end promptly at 6 p.m. No registration is required for any events. Children are welcome.