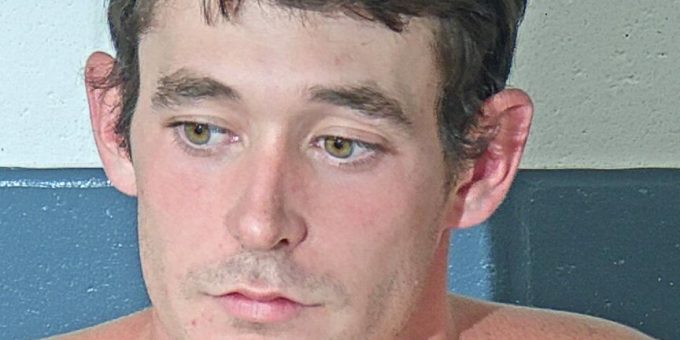 (BEDFORD) – A Bedford man was arrested on a warrant Saturday after a woman who is pregnant told police that he pushed her.

According to a Lawrence County Superior Court I probable Cause affidavit, Lawrence County Sheriff’s Department deputies were called to a home in the 60 block of East Side Lane at 12:45 a.m. on June 26, 2019 after dispatchers received a 911 call from the woman saying she was calling 911 and could hear 28-year-old Luke Dalton screaming at her in the background.

When police arrived they talked to the woman who was 34 weeks pregnant and had suffered a busted lip.

She told police she was not sure how she busted her lip but it could have happened during the scuffle with Dalton.

She told police Dalton had caused a scene at the doctor’s office earlier that day and then started arguing with her at home calling her vulgar names. She told police the two began pushing each other and as the fighting escalated.

At one point she was standing by the refrigerator and Dalton opened the door with force pushing it into her. When she attempted to call 911 he grabbed her phone and threw it at the TV Stand. He then left the home in a silver Nissan.

A warrant was issued for his arrest on July 5th and he was arrested that same day. Dalton is facing charges of battery resulting in bodily injury to a pregnant woman, domestic battery, interfering with the reporting of a crime and criminal mischief.