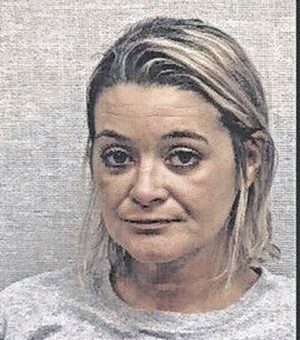 (SEYMOUR) – A Medora woman was arrested Monday evening after police said she stole more than 80 items from the Seymour Walmart SuperCenter.

Police arrested 35-year-old Ashley Villa on a felony charge of theft after police say she stole more than $966 in merchandise from Walmart Supercenter on East Tipton Street in Seymour.

Seymour officers were called to the store at about 7 p.m. Monday after customers told store employees they saw Villa bagging items from her cart in the store’s lawn and garden department.

Villa then left the store and was stopped by police at Murphy USA fuel station where police found more than 80 stolen items in her vehicle including a case of Big Red pop, a deck of Uno cards, a crucifix, wax melts for candle warmers and more. The most expensive item Villa took was an inflatable water slide valued around $300, says Seymour Police Chief Bill Abbott.

Villa told police the inflatable water slide belonged to a friend but was damaged, so she had planned to exchange it for a new one.