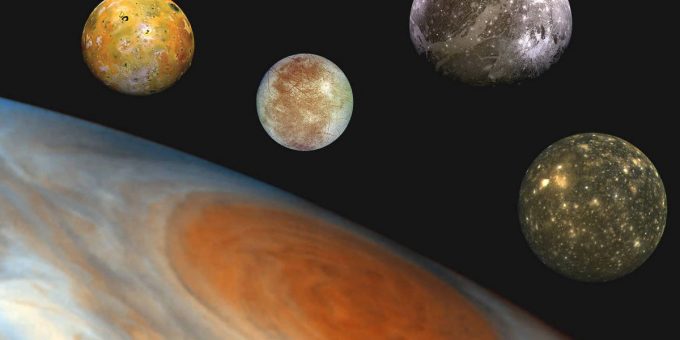 (UNDATED) – During the month of June, skywatchers will be able to see Jupiter and catch a glimpse of its four moons.

NASA says Jupiter “is at its biggest and brightest this month,” and can be observed using only binoculars.

“The solar system’s largest planet is a brilliant jewel to the naked eye but looks fantastic through binoculars or a small telescope, which will allow you to spot the four largest moons” the space agency posted on its website.

Lucky viewers might also “glimpse a hint of the banded clouds” that surround the planet, NASA said.

Space lovers will be able to see the giant planet most clearly tonight, June 10, 2019, when it reaches opposition – the yearly occurrence when Jupiter, Earth and the Sun are arranged in a straight line. But NASA has earmarked the whole month as offering optimum views.

From June 14 to 19, sky gazers can see a “beautiful line-up” of the Moon, Jupiter and Saturn, which will change each night as the Moon orbits the Earth, NASA said.

“While you’re out marveling this trio, there’s a really neat astronomy observation you can attempt yourself, just by paying attention to the Moon’s movement from night to night,” the agency added on its website.

Although those living in the southern hemisphere will have the best views of Jupiter, people all over the world will be able to enjoy the spectacle.