(GREENE CO.) – On Saturday at approximately 8 a.m., Indiana State Police Trooper Richard R. Klun, who was working Combined Accident Reduction Effort (Project CARE) over the Memorial Day weekend, observed a black Chrysler 200 traveling southbound on Interstate 69 at the 93.5-mile marker that appeared to be traveling at an extremely high rate of speed.

Trooper Klun activated his radar to verify the vehicle’s speed and received a reading of 101 miles per hour in a 70 mile per hour zone. 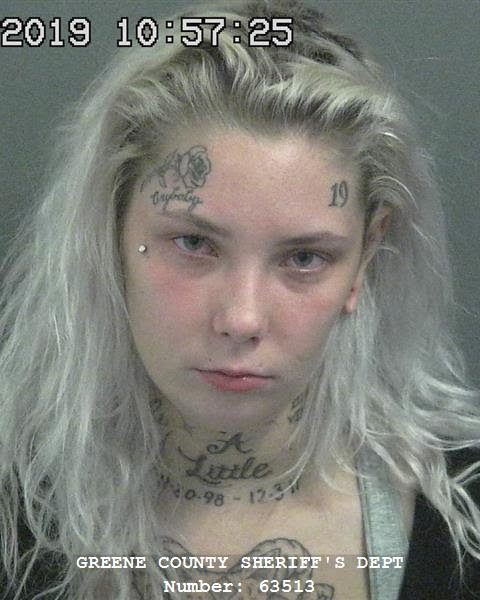 Trooper Klun was able to turn around and catch up to the vehicle, conducting a traffic stop near the 88-mile marker. While speaking with the driver, who was identified as 21-year-old Brittany L. Busko of South Bend.
Trooper Klun detected a strong odor of an alcoholic beverage coming from Busko. Busko submitted to several field sobriety test in which she failed. Busko was transported to the Greene County Sheriff’s Department where she voluntarily submitted to a certified breath test. Busko’s certified test showed that she had a BAC of 0.18 percent, which is twice over the state legal limit.
Busko was then processed into the Greene County Jail on charges of operating a vehicle while intoxicated with a blood-alcohol level of 0.15 percent or more, OWI, OWI endangerment and reckless driving