(COLUMBUS) – The parents of a boy allegedly molested by a reserve sheriff’s deputy at a southern Indiana campground are suing the campground, the police and their reserve program. 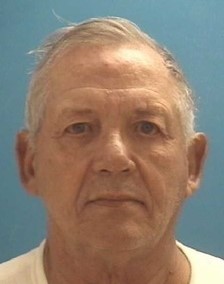 The civil suit comes after 73-year-old Larry L. Scott of Hope was arrested last July on charges of child molestation and several other charges.
The suit seeks damages and names as defendants Scott, CERAland Park, and Campground, the Bartholomew County Sheriff’s Department and its reserve program.
It alleges that Scott, who’s no longer a reserve deputy, molested the 12-year-old boy while volunteering as a night-time security supervisor at CERAland.
The suit says Ceraland advertises that a county reserve deputy is on guard around the clock.
Ceraland’s attorney denies in court documents that Scott’s alleged criminal actions were linked to his job.
Indiana State Police, after completing their preliminary investigation at the campgrounds, arrested Scott, on charges of child molestation, child exploitation, vicarious sexual gratification, child solicitation, sexual battery and possession of drug paraphernalia.
He was incarcerated at the Brown County Jail. He posted a $12,500 cash bond and was released on August 17, 2018. He is scheduled for a pretrial conference on April 8 at 11 a.m. in Bartholomew Superior Court 1 and a jury trial on April 23.
CERAland Park is a nonprofit in Columbus which began in 1963 by the Cummins Employees Recreation Association.