The Bicentennial Medal was created in celebration of IU’s 200th anniversary to honor organizations and individuals who, through their personal, professional, artistic and philanthropic efforts, have broadened the reach of IU around the state of Indiana, the nation and the world. 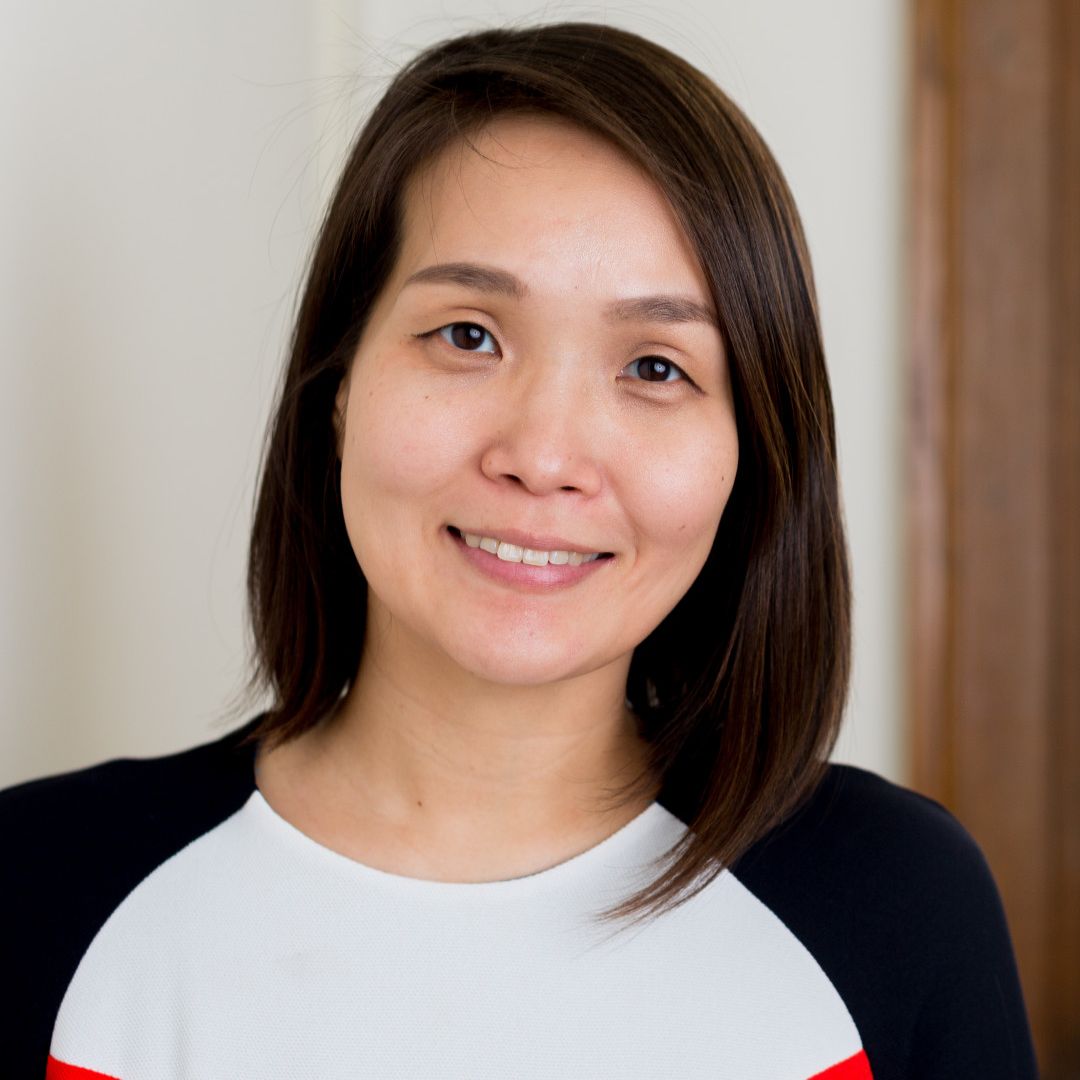 Jeeyea Kim
“The IU Bicentennial offers us an opportunity to reflect on our first 200 years and what we envision for our university moving forward into its third century of excellence in education, research and creative activity,” IU President Michael A. McRobbie said. “The new IU Bicentennial Medal is one of the signature ways we will honor the university’s proud history, heritage and character and the extraordinary positive impact that members of the broad university community continue to have here in Indiana and around the world.”
The winning medal design was created by Jeeyea Kim, lecturer in IU’s School of Art, Architecture + Design.
“The design of the Bicentennial Medal reflects Indiana University’s strong network in Indiana, and its impact and trajectory outward to our country and the world,” Kim said. “The concept of the medal manifests in two images: a rippling effect on the surface of a body of water that represents the strong influence of IU’s campuses and centers, as well as aviation routes that link all of the important gateways of the world. The ideas are exhibited by different sized circles and their intersections, which indicate the collaborative relationship among IU’s campuses and centers, and the trajectory of the circles emphasizes IU’s connection to the wider world.”
To design the medal, the Office of the Bicentennial held an open competition in 2018 and attracted artwork from around the world. A committee chaired by MaryEllen Bishop, vice chair of the IU Board of Trustees, reviewed all submissions for overall quality, appropriate use of symbolism, clarity of idea, level of detail, composition, and representation of IU’s first 200 years. The committee recommended the winning design to McRobbie.
Bishop said the medal’s design “represents 200 years of IU’s growth in research, service, faculty, and alumni reach throughout the world.” 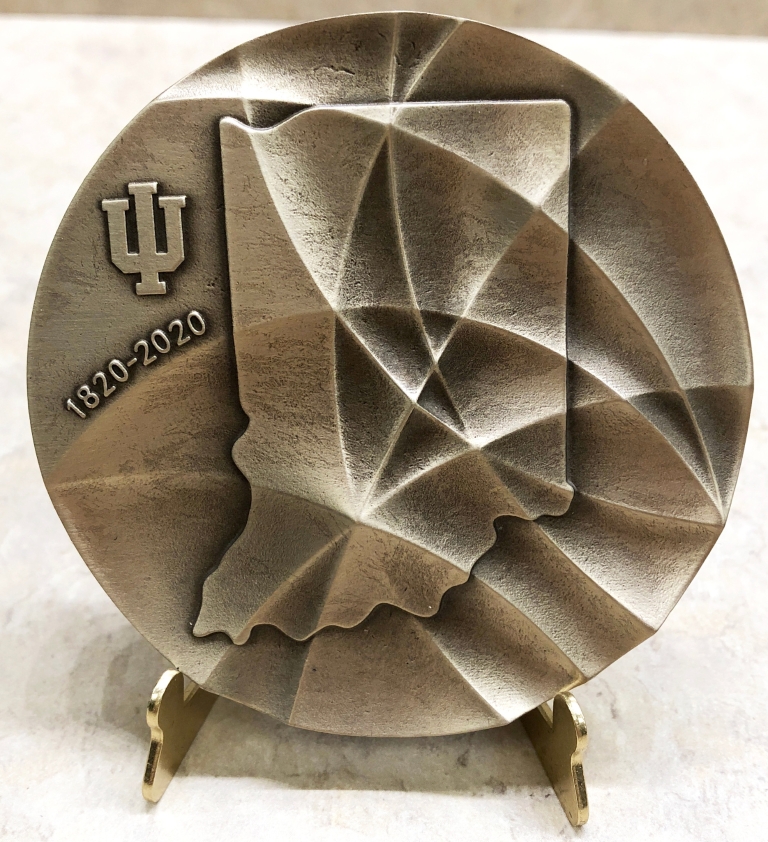 The IU Bicentennial Medal is cast with bronze salvaged from the old Student Building bells, recovered after the 1990 fire.
Individuals and organizations honored with this award will receive a piece of IU history: The medals will be cast with bronze salvaged from the old Student Building bells, recovered after the 1990 fire. Indiana Metal Craft began casting the medals in January 2019.
“Indiana Metal Craft and our 45 Bloomington staff members are honored to have been selected to create the casting molds and to manufacture the Bicentennial Medals,” said Ronald Davis, president of Indiana Metal Craft. “We enjoyed the metallurgical challenge of incorporating the bell alloy used for large-scale castings into our investment casting process used for smaller, highly detailed products. Our staff accepted the challenge, and we are proud to have been a part of this important project.”
Nominations for recipients of the Bicentennial Medal may be submitted online at 200.iu.edu/medal. Medals will be awarded during the 2019-20 academic year, at the 200 Festival (Sept. 26 to 29, 2019), on Founders Day (Jan. 20, 2020), at the Bicentennial Alumni Reunion (June 1 to 6, 2020), and at other official events both on IU campuses and around the world.
Indiana University was founded on Jan. 20, 1820, making it one of the oldest public universities in the nation. To celebrate its bicentennial, IU has developed a multiyear, multicampus program that will recognize and chronicle IU history, showcase the university’s significant contributions to the world and set a course for the next century. For more information about the IU Bicentennial program, visit 200.iu.edu.
Information News at IU, https://news.iu.edu