(BEDFORD) – A Norman man is behind bars after a pursuit Sunday night.

According to Indiana State Police Sgt. Curt Durnil, just before 6 p.m. Indiana State Police Trooper Chris Griggs and Sgt. Greg Day were patrolling in Lawrence County. While doing so, they observed a white, 2002 Chrysler Town and Country mini-van traveling eastbound on 5th Street in Bedford with a license plate that was expired and did not belong on the van.
Troopers attempted to conduct a traffic stop, but the male driver accelerated, and a pursuit ensued. There was also a male passenger in the van.
The van headed eastbound on State Road 58 at a high rate of speed and passed multiple vehicles in dangerous locations, gaining a large amount of distance on the pursuing officers.
The van continued east on State Road 58, north on Shawswick Station Road, ultimately turning east on Todd Lane.
Troopers discontinued the pursuit and lost sight of the van.
A short time later, a concerned citizen called the Lawrence County Sheriff’s Department and reported the van was parked in a wooded area off of Todd Lane.
Troopers, along with Lawrence County Sheriff’s Department Officers, Indiana Conservation Officer Ryan Jahn and the Indiana State Police Aviation Section (helicopter) converged on the area.
The two suspects had fled the van on foot, and a manhunt was conducted of the area.
Police could not find the men but did locate items in the van, leading Trooper Griggs to be able to identify the driver.
Trooper also found drug paraphernalia in the van. 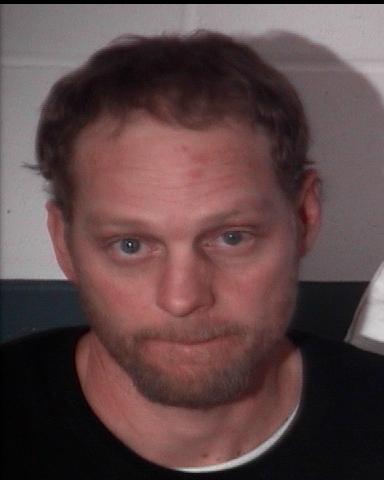 Trooper Griggs and Sgt. Day, with assistance from the Jackson County Sheriff’s Department and troopers from the Versailles District, traveled to the driver’s home near Norman where they located and arrested 41-year-old Rickie Cockerham on felony charges of being a habitual traffic violator for life, resisting law enforcement and misdemeanor charges of resisting law enforcement on foot, criminal recklessness with a vehicle, reckless driving and possession of drug paraphernalia.