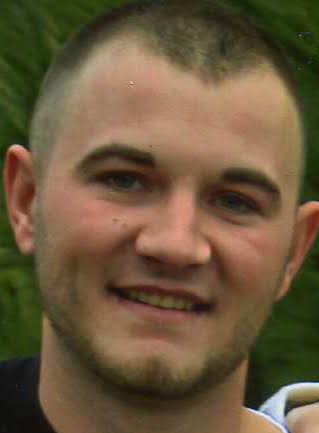 November 16, 1994 – November 26, 2016
Trey Shannon Ikerd, 22, of Bedford, passed away on Saturday, November 26, 2016.
Born November 16, 1994, in Monroe County, Indiana, he was the son of Troy Ikerd and Tessa (Hanners) Ikerd.
Trey was a graduate of Bedford North Lawrence High School, Class of 2013. He was employed by Miller Pipeline and previously had worked for Layne Inliner. Trey loved hunting, fishing, and the outdoors. He enjoyed playing baseball, and loves his baby Kins more than anything. He was a member of the United Methodist Church in Heltonville. Trey was also a member of the 741 Laborers Union.
He is survived by his father, Troy (Patty) Ikerd; mother, Tessa (Fiancé Jamie Page) Ikerd; one daughter, Kinsley Ikerd and her mother Mallorie Jones; one sister, Tatom (Fiancé Cody Douglas) Ikerd; maternal grandparents, David and Martha Hanners; paternal grandmother, Judy Ikerd; great-grandparents, Jim and Mary Kirkman; great-grandmother, Wilma Baxter; one step-sister, Alyssa Spears; and several aunts, uncles, and cousins.
He was preceded in death by his grandfather, Norman F. Ikerd; grandmother Rhoda Kirkman; and great-grandfather, Jim Hanners.
Funeral service will be at 10 am.. on Wednesday, November 30, 2016 at Ferguson-Lee Funeral Home, with Pastor Gary Thomas officiating. Burial will be in Gilgal Cemetery, Heltonville.Friends may call on Tuesday, 2 p.m. till 7 p.m., at the funeral home.
In lieu of flowers, memorial contributions may be made to Ferguson-Lee Funeral Home to assist the family with funeral expenses.
Online condolences may be sent to the family at www.fergusonlee.com.