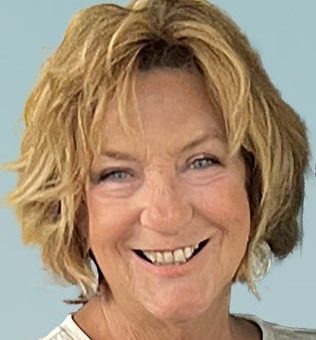 Karen grew up in a large, Irish family attending a Catholic school in Yonkers, NY, then relocated to Bloomington, IN when she was in high school.  She holds an Education Degree from Indiana University and taught English, serving as Department Chair, at Bedford North Lawrence (BNL) High School before retiring in 2015.  Throughout her career, Karen was active with the BNL Prom Committee, Distinguished Young Women of Lawrence County, BNL Scholarship Foundation, and many other organizations.

Karen was an avid reader, an IU basketball fan, and loved playing cards with friends.  Karen and George lived in Houston, TX for several years before planting roots in Bedford in 1984.    She had exquisite taste and loved helping friends and family decorate their homes.  Her favorite pastimes included spending time with her grandchildren, lounging poolside, and visiting the beach with George.

In lieu of flowers, memorial contributions may be made to the Karen Kelly McNichols Scholarship with the Bedford North Lawrence Scholarship Foundation.