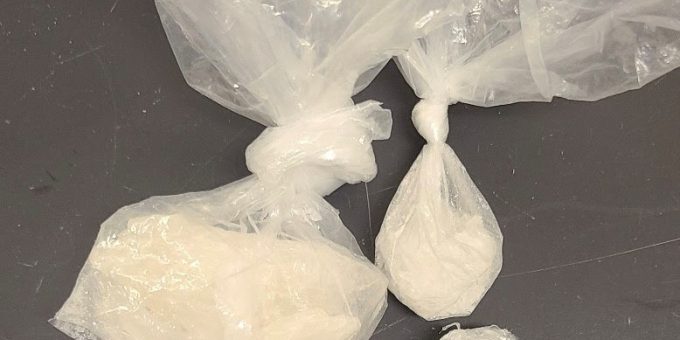 TIPPECANOE CO. – On January 21, just before 1:30 a.m., Trooper McKinney was leaving IU Hospital in Lafayette when he noticed a 2016 Kia Forte blocking the travel lane of the parking lot.

McKinney approached the vehicle and spoke with the driver, who initially provided a false name. McKinney later identified the driver as Ethan Shelton, 23, from Frankfort. Further investigation revealed that Shelton had two active warrants for his arrest out of Clinton County.

While speaking with Shelton, McKinney observed signs of impairment. McKinney administered Standard Field Sobriety Tests, which Shelton failed. Further investigation by a Drug Recognition Expert revealed that Shelton was under the influence of a controlled substance.

During the investigation, McKinney placed Shelton under arrest and subsequently searched his vehicle. During the search, McKinney located just over 18 grams of suspected methamphetamine and prescription pills.

Shelton is facing charges of dealing meth, possession of meth, identity deception, false identity statement, and operating a vehicle without ever obtaining a driver’s license, OWI. He is also wanted on warrants in Clinton County on two counts of criminal mischief and battery

McKinney was assisted at the scene by troopers from the Lafayette Post.