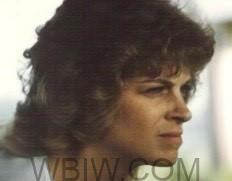 Born December 3, 1955, in Bedford, she was the daughter of Lloyd and Stella (Sutton) Hicks.  Penny married Alan Pridemore on December 28, 1991, and he survives.

Penny was a 1973 graduate of Mitchell High School and received her bachelor’s degree from Oakland City University.  She was a member of Tulip Street Christian Church.  Penny was a housewife and enjoyed being one.

Her parents; daughter, Karena Allen; and brother, Lloyd Hicks, preceded her in death.

The funeral service will be at 10:30 a.m. Wednesday, January 25, in the Memorial Chapel of Chastain Funeral Home & Cremation Center with Pastor Dwight Dunbar officiating.  Burial will be in Mitchell Cemetery. The family will receive friends from 4:00 p.m. until 7:00 p.m. Tuesday and from 9:30 a.m. until the service on Wednesday at the funeral home.

Memorial gifts can be made in Penny’s memory to the Lawrence County Cancer Patient Services.