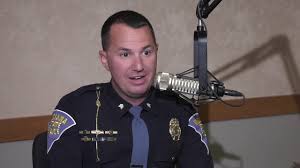 This weeks show features Deputy Chief Mike Pruitt of the Bargersville Fire Department. Mike joins the show to talk about his deployment to Hurricane Ian with Indiana Task Force One.

The radio program was titled “Signal-10” in the early 1960’s when it was first started by two troopers in northern Indiana. The name was later changed to the “Indiana State Police Road Show” and is the longest continuously aired state police public service program in Indiana.