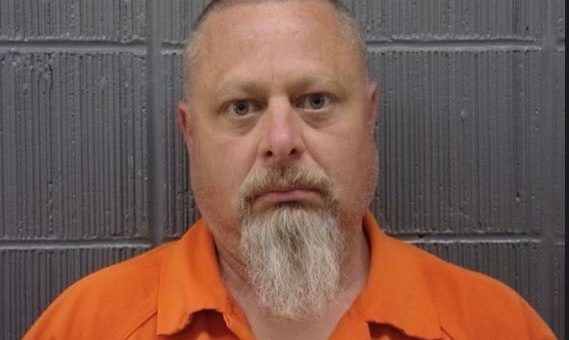 DELPHI – On February 14, 2017, the bodies of 14-year-old Libby German and 13-year-old Abby Williams were found one day after they went for a hike on the Monon High Bridge, part of the Delphi Historic Trails system.

This morning during a press conference the Indiana State Police released they announced Richard Allen, 50, of Delphi, was charged with two counts of felony murder. On Friday, October 28, 2022, Allen was formally charged and transported to the White County Jail, where he is currently being held without bond. A trial date has been set for March 20, 2023. Officials stated until that day Allen is presumed innocent. But the court does have probable cause to charge him with these murders.

ISP Superintendent Doug Carter said the case was “far from complete,” and thanked the press and public for “keeping the memories of Libby and Abby front and center” he also thanked all state, local, and federal agencies for their support. He added law enforcement worked tirelessly for 2,086 days to get to this point.

Superintendent Carter stated, anyone involved in this crime “will be held accountable.”

The probable cause affidavit for this case has been “temporarily sealed” by the court. Allen entered a not-guilty plea during an initial hearing Friday. Officials said it will be released at some point – but not today.

The families of Libby German and Abby Williams were present at the press conference.

Police said during the emotional press conference they would not discuss evidence in the case.

“Abby and Libby though in death, have had a profound effect on so many of us on how we live and who we all should be,” Superintendent Carter added.

The February 2017 killings of teens Abby Williams, 13, and Libby German, 14, in Delphi have drawn international attention.

At 2:07 p.m., Libby posted a photo of Abby walking the bridge; after this, they weren’t heard from again. After they failed to meet Liberty’s father at 3:15 p.m., they were reported missing at 5:30 p.m.

The families initially searched for the girls themselves before calling the police. Authorities who quickly searched the area did not initially suspect foul play in the disappearance. However, this changed when the bodies of the girls were found around noon the next day, about 0.5 miles east of the abandoned Monon High Bridge. The bodies were found on the north bank of Deer Creek.

The girls’ bodies were found on the property of 77-year-old Ronald Logan, who has since passed away. Police say the crime scene appeared to have been tampered with by someone.

The document says authorities also found that two articles of clothing from one of the girls “…was missing from the crime scene while the rest of their clothing was recovered. It also appeared the girls’ bodies were moved and staged.”

The agent goes on to say, “Based upon my training and experience it is common for perpetrators of this type of crime to take a ‘souvenir’ or, in some fashion, memorialize the crime scene.”

The agent also references the video on Libby’s phone where the suspect says “guys, down the hill.”  She confirms the full video is 43 seconds long, and only a few seconds have been released to the public.

The agent also confirms the girls were followed by the suspect on the Monon High Bridge Trail in Delphi, and that there were no visible signs of a struggle or fight.