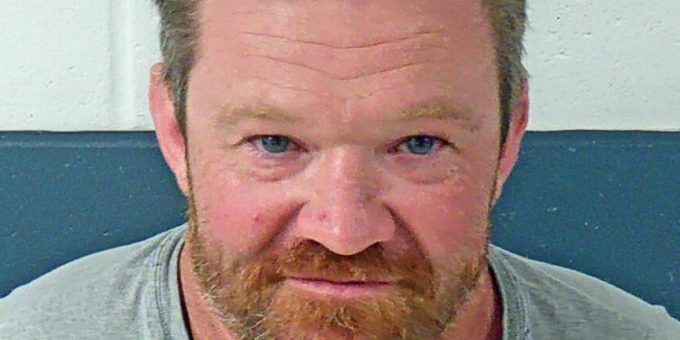 BEDFORD –  A Bloomington man was arrested Friday after Bedford Police officers responded to a call of a driver in a green F250 with Texas license plates speeding and swerving and nearly striking a vehicle on 5th Street.

The caller reported the driver of the truck had pulled out of Bandana’s Bar and almost struck the caller’s vehicle and was now turning onto John Williams Boulevard.

Officers found the truck exiting the Walmart parking lot. The truck then turned west on John Williams Boulevard and entered the left lane of travel. The driver failed to use a turn signal when the driver crossed over into the right lane. The officer continued to follow the vehicle as it turned north on State Road 37. The driver traveled several times from the center line to the fog line. The officer stopped the driver, just north of 5th Street.

The officer spoke to the driver, 40-year-old Billy Thedford. The officer detected the odor of alcoholic beverage emitting from Thedford’s breath. He had bloodshot eyes and slurred speech. Food remnants were on his beard and his pants.

Thedford was asked if he had been drinking and he replied “no sir”. He was asked to step out of the truck and failed several field sobriety tests. Thedford claimed he had a bad hip and knee.

He refused to perform some of the field sobriety tests and refused to submit to a breath test or chemical test.

The truck was towed by Gear Works Wrecker Service and Thedford was arrested on charges of operating a vehicle while intoxicated, OWI endangerment.