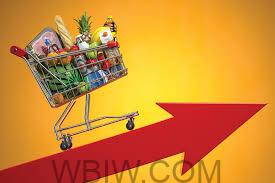 INDIANA — Personal politics influences consumer perceptions of food inflation, with liberals estimating the increases at about three to four percentage points below conservatives, according to the monthly Consumer Food Insights Report.

The survey-based report out of Purdue University’s Center for Food Demand Analysis and Sustainability assesses food spending, consumer satisfaction, and values, support for agricultural and food policies, and trust in information sources.

“The divergent perceptions of food inflation between liberals and conservatives is interesting to observe,” said Jayson Lusk, the head and Distinguished Professor of Agricultural Economics at Purdue, who leads the center. “Not only are liberals severely underestimating the increase in food prices from last year, but conservatives’ expectations for inflation are also likely overstating its rate for the coming year — at least compared to U.S. Department of Agriculture predictions.”

Purdue experts conducted and evaluated the survey, which included 1,200 consumers across the United States.

Notably, both diet well-being and food happiness scales show little difference among liberals, moderates, and conservatives. The political agreement over the quality of food that Americans consume highlights the success of the U.S. food system, which also shows in scores on the Sustainable Food Purchasing (SFP) Index.

“In a country as diverse as the U.S., we have been able to satisfy a great number of diets, tastes, and needs,” Lusk said.

The SFP, a self-reported measure of food purchasing, assesses how well consumer shopping habits mesh with healthy diets from sustainable food systems. This month’s SFP index of 69 on a scale of 100 is unchanged from the July report. The ongoing stability of the SFP index shows that consumer willingness to make sustainable food choices changes little from month to month.

But even when majorities of each group agree on some aspect of food policy, such as increasing conservation funding for farmers, liberals lead conservatives by at least 15 to 20 points in support for more government intervention, the report said.

There also remains a huge disagreement over the statement that “eating less meat is better for the environment.” This comes despite the different environmental impacts of plants versus animals now well established by scientific research, said Sam Polzin, a food and agricultural survey scientist for the center and the report’s co-author.

“It emphasizes the point that simply messaging a vegetarian or reduced meat diet is not going to move the needle on food sustainability, especially given the low adoption of plant-based diets across the political spectrum,” Polzin said.

In other survey findings, a food ranked as the greatest budgetary stress for consumers based on a question asking respondents to pick their three expenses of greatest and least concern.

“We don’t have previous data to show whether this is a recent phenomenon given the high price environment,” Polzin said. “But, at a time when consumers continue to make changes to their shopping to adjust to prices, this highlights that food is one of the first essentials that gets squeezed under budget stress.”

The report also showed that the summer heat wave that increased utility bills by 23 percent in many households put a drag on consumer budgets and led Americans to be less active outside their homes. Between one-fourth and one-half of the consumers reported spending less time exercising, going shopping, eating out, and drinking alcohol. The results suggest that future heat waves will put greater stress on budgets and reduce purchasing across several areas.

Lusk further discusses the report in his blog.

The Center for Food Demand Analysis and Sustainability is part of Purdue’s Next Moves in agriculture and food systems and uses innovative data analysis shared through user-friendly platforms to improve the food system. In addition to the Consumer Food Insights Report, the center offers a portfolio of online dashboards.