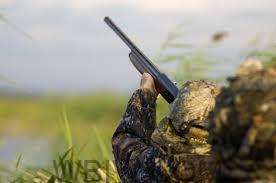 INDIANA – Indiana, along with many other states, was affected by an outbreak of highly pathogenic avian influenza earlier this year.

Avian influenza declined through the summer months; however, some states have had a recent increase in wild bird deaths associated with the disease. DNR advises hunters to be aware of a potential resurgence of avian influenza as the waterfowl hunting seasons progress.

Symptoms of avian influenza can differ depending on the individual animal, and some animals that have the virus do not display any symptoms.

Waterfowl with symptoms will often display unusual behaviors such as swimming in circles, tremors, a twisted neck, and/or a general lack of coordination. In addition, sick birds may display nasal discharge, a cough, sneezing, and/or diarrhea.

If you see birds displaying these signs, or if you find multiple dead birds in a single area, report the case to Indiana DNR at on.IN.gov/sickwildlife.

Hunters can take several precautions to slow the spread of avian influenza: