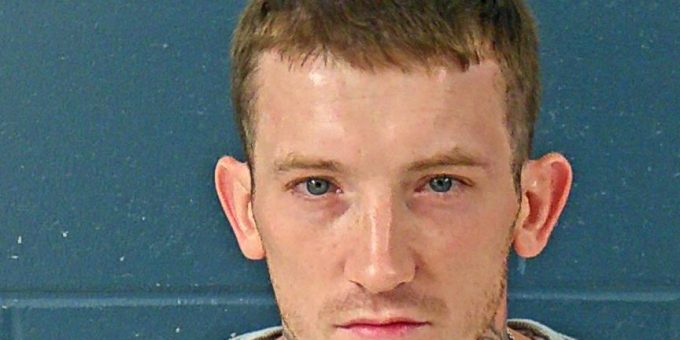 BEDFORD – A Bedford man was arrested on Tuesday, September 6th after Lawrence County Sheriff’s Department Central Dispatch received a 911 call at 11 p.m. to report a woman had been injured during a domestic fight at a home at 2596 South Leatherwood Road.

A male reported his sister had left the home on Leatherwood Road and was now at her home on Schores Lane. The victim had suffered bruising to her face and neck.

The man who caused the injuries, 32-year-old Matthew Johnson, was still at the Leatherwood residence. The caller reported the victim and Johnson had been arguing about the custody of a child when the injuries happened.

Officers responded to the home on Schores Lane and spoke to the caller and victim. They found the pregnant victim sitting on a couch in the living room. The woman is due to deliver her baby next month.

The woman told police she went to the home on Leatherwood Road to pick up her son but her son was not there. They began to argue. The argument escalated when he charged her and then she threw a cup of ice at him. He then grabbed her by the neck and threw her on a bed and started swearing at her. He then choked and punched her in the face.

Police say the woman had a bruise on her right eye and red marks in the shape of handprints on her neck.

The woman told police Johnson would not let her leave because “he wanted to talk”. In the meantime, the woman’s child returned to the home and she was able to take him and leave.

The woman requested to file charges against Johnson.

Other officers went to the home on Leatherwood Road and talked to Johnson where he was detained.

Johnson told police he did not injure the woman.

He said the woman began “rattling her hand like she was going to punch him”.  He told police the two had argued about her seeing another man. He told police he grabbed her hands and pushed them to her chest and told her to stop. She then threw a cup of ice at him. He did admit to grabbing the woman’s hand before she hit him and his finger did hit her eye. He said he never hit or grabbed her by the neck but he did trip her to get her off of him.

Johnson was arrested on charges of strangulation and domestic battery on a pregnant woman.