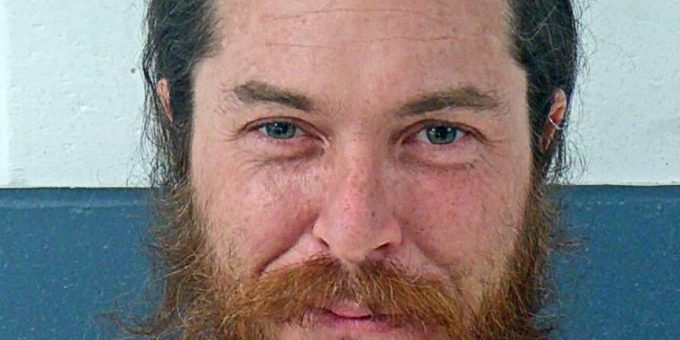 BEDFORD – A Springville man was arrested on Friday, September 2, 2022, when Bedford Police officers were called to the station after a report from the dispatcher that a male requested to speak to an officer. The dispatcher said 37-year-old Dustin Couch, was becoming aggressive and screaming.

When officers arrived at the station, at 2:12 a.m. officers found Couch standing outside of the building.

An officer asked how they could help and Couch became verbally aggressive toward the officer. The officer offered assistance a second time but Couch continued to “speak loudly and aggressively”.

He was told multiple times to lower his voice but Couch ignored the officer.

Officers said Couch had been drinking. He had poor manual dexterity, glassy bloodshot eyes, and would often times begin talking to himself in the third person.

Officers said Couch’s sentences were not making sense and it remained unclear why he wanted to speak with an officer.

Couch then stated he was going to walk 8 miles to his house, but an officer told him he was not free to leave because they believed he was intoxicated.

Couch then admitted he was intoxicated but “it was not illegal for him to be intoxicated”.

Couch was then asked again if he needed help. He told the officer, that he promised his kids 3 years ago that he would take them camping when the weather got warm and that he needed to make good on that promise.

Officers had to forcibly place Couch in handcuffs as he attempted to pull away.

Couch tested 0.171 for alcohol on the portable breath test. The Indiana legal limit is O.08.

Couch was arrested on charges of public intoxication and disorderly conduct.

Couch continued to be combative with the officers and jail officers at the jail.