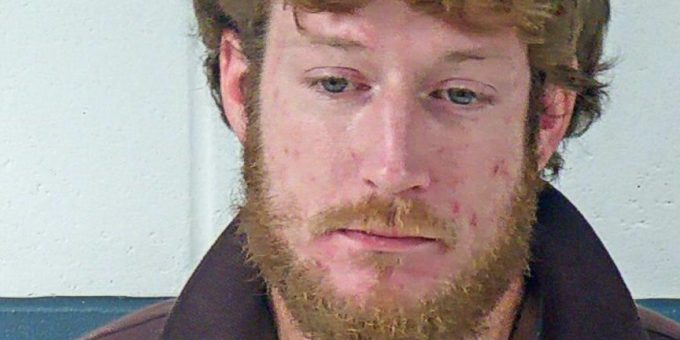 BEDFORD – A Bloomington man was sentenced to prison after causing an accident on State Road 37 on July 11, 2020, that left two men seriously injured.

William Cinamon, 33, pleaded guilty to two felony counts of causing serious bodily injury when operating a vehicle while intoxicated in a negotiated plea deal. Special Judge William Sleva sentenced Cinamon to five years to the Department of Correction on each count. The sentences will run consecutively. Judge Sleva also suspended one year in each count.

After serving his prison sentence, Cinamon will be placed on 730 days of supervised probation. He must participate in ADAPT, complete 160 hours of Community Service or Road Crew, provide proof of a high school diploma, and if unemployed complete the Introduction to Local Jobs and Skills Course.

A restitution hearing will be held on November 1, 2022, at 9:30 a.m. Cinamon will appear by Zoom from the Indiana Department of Corrections. Cinamon has no insurance at the time of the crash.

Cinamon was arrested after causing a two-vehicle traffic accident at State Road 37 and Patton Hill Road at 8:00 p.m on Saturday, July 11, 2020. The accident sent Joshua Roberts and his father Robbie Roberts to the hospital.

According to a Lawrence County Sheriff’s Department report than 31-year-old William Cinamon, was driving a 1999 Chevrolet pickup truck south on State Road 37 and told deputies he became distracted.

Cinamon told police he attempted to stop at the red light, but his brakes failed and his vehicle struck a 2003 Buick driven by 27-year-old Joshua Roberts, of Bedford. Officials say Roberts had a green turn arrow at the intersection.

Both Joshua Roberts and his father 59-year-old Robbie Roberts, of Bedford, were trapped in the vehicle and were freed by Bedford and Oolitic Fire Department officials. Both men were transported by ambulance to IU Bloomington Hospital with serious injuries. Robbie Roberts was later transferred to IU Methodist Hospital in Indianapolis. Robbie suffered an internal decapitation (in which the skull separates from the spinal column during a severe head injury), a ruptured spleen, torn aorta, lacerations to his liver, and collapsed lung. He underwent more than 50 hours of surgery in six days and was hospitalized for more than 100 days.

Cinamon and his passenger, Shawn Robertson, of Bloomington, were both injured in the crash. Robertson was transported to IU Hospital Bloomington by ambulance. Cinamon was treated at the scene but refused transport to the hospital.

Cinamon was given a field sobriety test at the scene and later submitted to a blood draw and was found under the influence of drugs.

Police say Cinamon was at fault in the crash and was driving while his driver’s license was suspended.