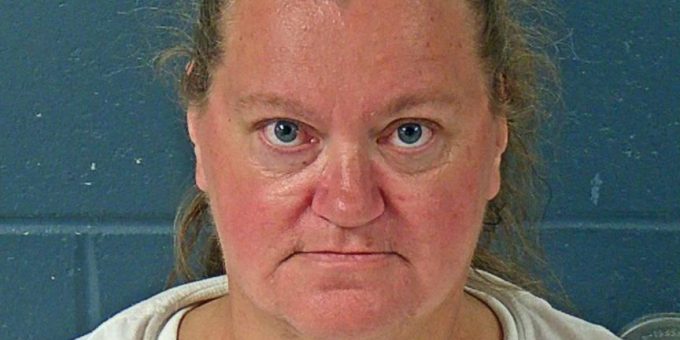 BEDFORD – A Bedford woman was arrested when Lawrence County Sheriff’s Department officers were called to 53 Farmer Street on Wednesday at 8:50 p.m. after a report of a domestic fight.

A male reported he had been punched in the face and then slapped three times in the face by 51-year-old Flossie Collins.

When officers arrived they spoke to Collins and the male victim. Police say the man’s face was red from where he had been hit and slapped.

The male told officers he wanted to file charges against Collins. He also reported there were children present during the altercation.

The male victim told police, he was outside with Collins and others and preceded to enter the home. The male and Collins then argued about a door being taken down inside the home.

He said without the door the children were getting into stuff.

That is when Collins allegedly struck the man in the face.

He told officers he was now suffering from a headache.

Collins told police she did slap the man.

She was arrested on a charge of battery and transported to the Lawrence County Jail.