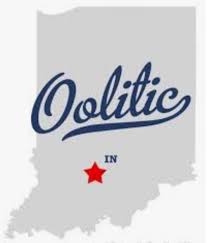 Board President Tangie Jenkins requested an update on the town’s health insurance for employees. Clerk Annette Annette Norrick stated it is completed.

An update was also given on the direct deposit of town employees’ checks. Direct Deposit for town employees. Clerk Norrick reported Keystone charges $545 with Jackson County Bank charging a monthly fee of $35.

Norrick did state she is hopeful that she will be able to complete direct deposit without the reoccurring fee from the bank but is not positive at this point.

Council President Jenkins made a motion to move forward with direct deposit and council members agreed.

Norrick also told council members that the 2023 budget meeting will be set for the end of September.

She also provided the council with an outstanding invoice from Premier 1 for a new fuel tank at the water treatment plant. Norrick requested to be included in any new account setups so the tax exemption can be applied properly and ensure the changes are budgeted for. A brief discussion among the council, Norrick, and town employee Zac Bell occurred about the new fuel tank and its use.

Jenkins then addressed this year’s water loss thus far to determine the productivity of the new water meters. Carla Hettle explained that due to calculation issues within the system she is working to see if there is a way to correct the consumption information. Most of the issues have been worked out and should be corrected by the September billing cycle.

President Jenkins then requested an update on the LCRR surveys that were sent to residents. Hettle stated she has
received approximately a fifth of the surveys back and will schedule a reminder call for residents on September 1, September 15th, and September 30th.,

Hettle reminded everyone that the September bills will be sent via paper to fulfill the URT reduction requirements from the State but will return to postcards for the October bill.

President Jenkins then requested an update on Ziptility Mapping which was tabled at last month’s meeting. A
brief discussion between the council occurred as they discussed the benefits. Councilman Jon Broglin made a motion to purchase Ziptility in the amount of $5,000 which is to be divided between water, sewer, and stormwater in the amount of $1,666.67. The council passed the motion.

President Jenkins reported an update on the Community Crossings Grant. Councilman Steve Kerr stated he and Bell
have been working together on the project and thus far two of the three required bids have been turned in. Once the third bid is turned in, Steve will submit the documents to SIDC.

Council members then discussed damage done to a guardrail at Main Street and State Road 37. Tangie requested an update on the damaged guardrail entering Main Street from Highway 37. Norrick stated she has still been in contact with the state and county officials to determine who is responsible for the guardrail repairs.

Norrick stated Indiana Bond Bank can also help in locating used vehicles for municipalities and
suggested checking with them to see what is available for the Street Department’s dump truck and leaf machine.

The council also learned that the town’s CD has been moved into Trust Indiana.

President Jenkins requested that Norrick get a total for work done to the F-450 that is not currently owned by
the Town. Norrick said she will get the information and inform council members

President Jenkins requested an update on information for an easement regarding Sheila Luther’s property regarding concerns about trees in the backyard. Town Attorney Greg Pittman stated the town does not own a right of way at the property so the decision regarding the trees would be up to the homeowners.

The council was presented with building permits for approval:

The board approved all the requests.